Last week did not start out auspiciously. I noticed on Monday morning that the man hole on the old septic tank under the driveway appeared to be subsiding. I was poo pooed by a couple of the contractors but was soundly vindicated the next morning when one of same contractors drove his dump truck over it. 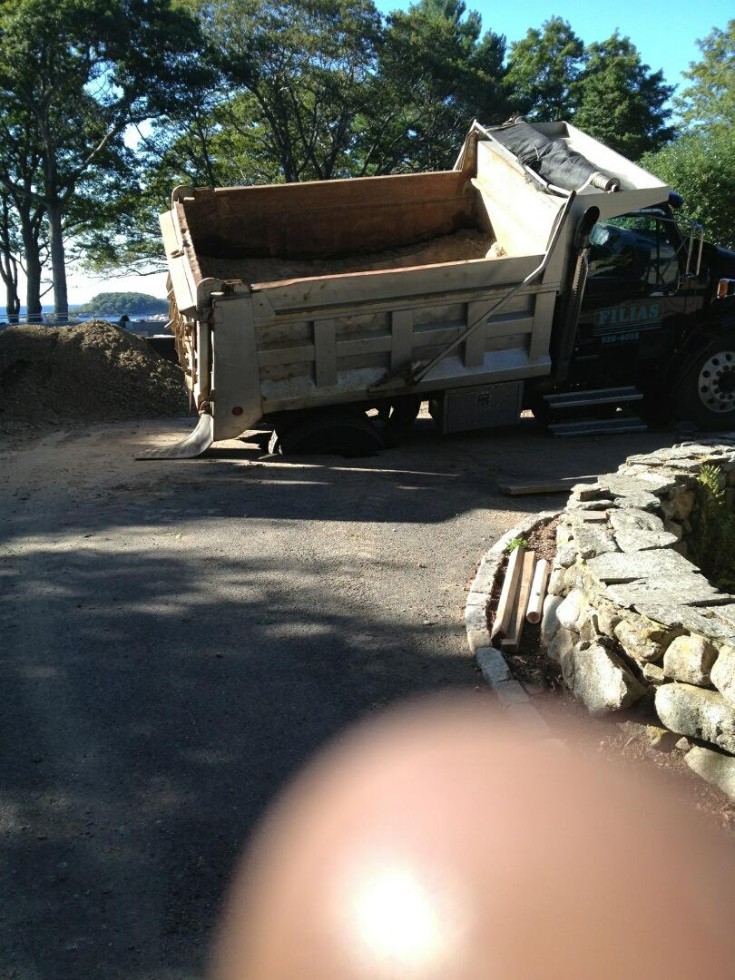 Hate it when that happens!

The dump tuck was carrying a load of sand to bed in all the under slab drain pipes which are now installed. Tuesday of this week the steel frame was erected. This was almost as exciting as the blasting had been. The steel workers are finishing up today with welding the steel decking over the basement and the pool house. By the beginning of next week the framing will start and it will actually start looking like a house. We have also received the permit from the Conservation Commission for the construction of the pool. After a site meeting next Monday, that work should commence as well. Hope the weather remains as beautiful as it has for the last couple of weeks. 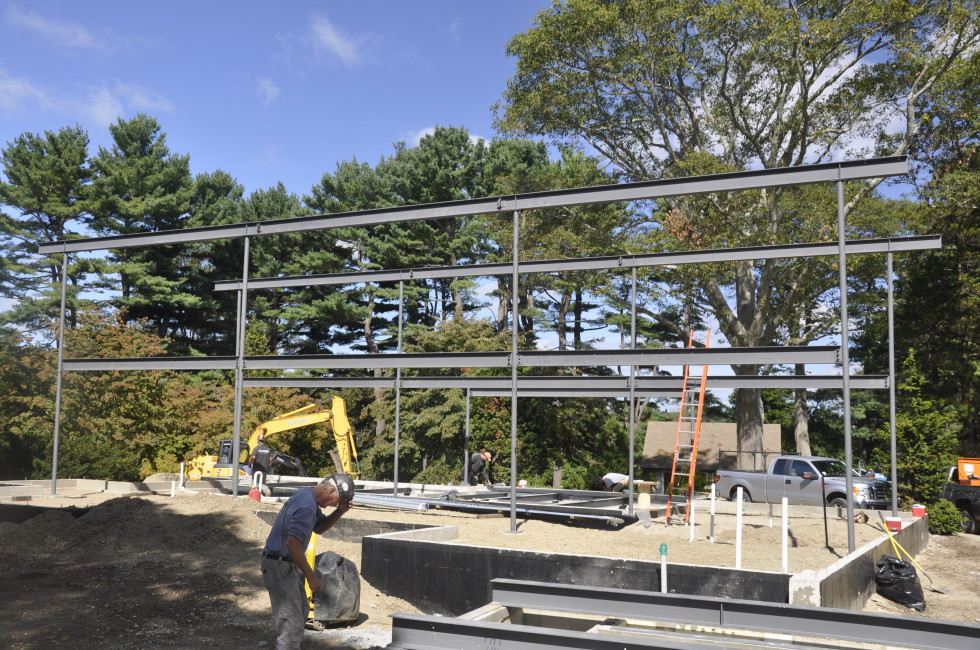 Steel frame and roof of the pool house